TESTIMONIAL TO A PUBLIC HEALTH TRIUMPH 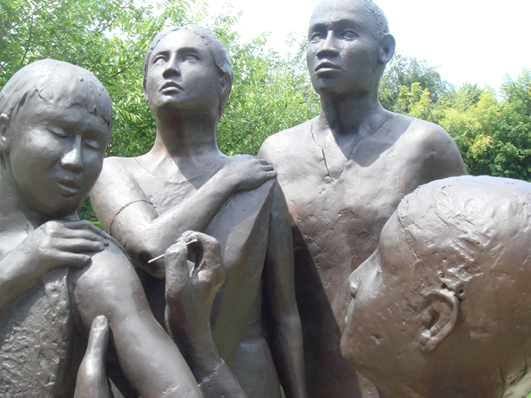 [Through SENTINEL, we bring to you monuments, installations or artwork which stands testimony to the challenges and triumphs of the world of Healthcare.] TESTIMONIAL TO A PUBLIC HEALTH TRIUMPH-ERADICATION OF SMALLPOX 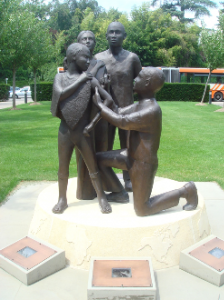 This statue, situated in front of the WHO headquarters in Geneva, was unveiled by the Director-General of the World Health Organization, Dr Margaret Chan in 2010, commemorating the 30th Anniversary of eradication of smallpox. This is the description given at the base of the statue: 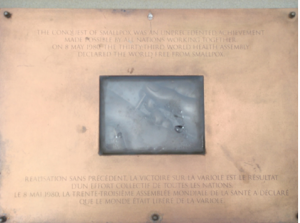 The conquest of smallpox was an unprecedented achievement made possible by all nations working together. On 8 May 1980 the Thirty Third World Health Assembly declared the world free from smallpox. The cast bronze and stone statue depicts four persons, one of who is a girl about to be vaccinated in the arm. The statue pays homage to all those who were involved in the eradication drive, including governments, health care workers, donor agencies, non-governmental organizations, commercial firms, and village leaders who supported the vaccination of their residents and provided food and shelter on many occasions to vaccination teams. Plaques surrounding the statue, written in the six official languages of WHO, state that this victory was made possible by all nations working together. The designer and sculptor of the statue is Welshman, Martin Williams. 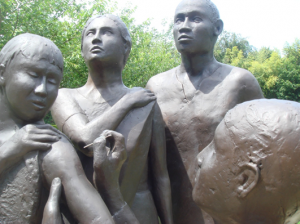