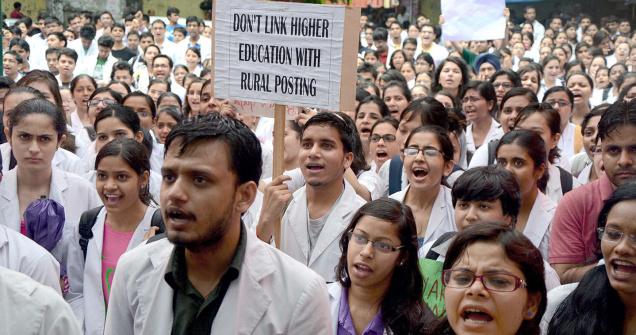 Different opinions on contentious topics make not just for interesting debates but often help clarify the intricacies of the issue. Our community has no dearth of articulate voices making their points forcefully. In recent times , few topics have generated as much heat and dust as the call for mandatory rural service for doctors. In the first of our debate series ‘Contrast Studies’, we have two stalwarts from the field presenting their view. In support of the view, we have a Paediatrician and Public Health veteran and the contrary viewpoint is by a Paediatric Surgeon and bio ethicist.
Presenting to you Antony Vs Antony- a study in Contrast (or is it?)

Mandatory Rural Service for Doctors- a step in the right direction:

Is there an option for an Army officer to come back from a forward area while his infantry platoon is marching on saying that the terrain is rough and hazardous, weather is inclement and there are poisonous snakes under the bush? Perhaps, the answer is no. He is trained to face all that and stop at all costs the enemy invader. But imagine he argues that he has an option to pay up the “bond” and he decides to go for a seaside holiday at that critical period. 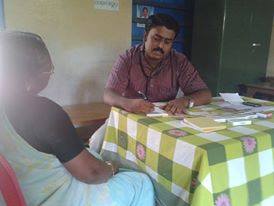 Suppose the Army officer got his graduation from a Military college run by a private management, where he got his admission through a management quota seat paying Capitation fee; then he claims freedom to refuse. Ridiculous! Isn’t it?

Unfortunately such a scenario in health sector does exist. Nobody can enforce a two year compulsory rural service bond. Whether country or society needs it or not is immaterial for the doctor who passes out and the passive government is a mute spectator to such blatant refusal. Paying up the bond money and escaping the rural service obligation has become a cheaper way of getting a medical seat in “not for profit” private medical colleges.

If you want the returns of the heavily invested capital quickly, and that is why you refuse to go for mandatory rural service, then medical profession was a wrong choice of business to go for. There are much better business sectors in the market to opt. Your share capital investment Gurus will advise you better than me. Never buy an MD Radiology seat for Rs.3.Crore and think it is a smart buy!

Nowhere in the west do you get your post graduate qualification so quickly as in India. There is no herd phenomena like that of African Zebras to en mass migrate to greener pastures of specialisation soon after MBBS. They practise the basic profession for some period before that. They are in no hurry to marry for a handsome dowry with specialisation or fetch a post graduate seat to climb up the ladder for a premature professorial position.

If it is your own option to become a physician, then you should have known what it entails. You are aligning yourself to a disciplined army of 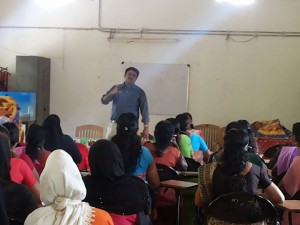 professionals to face the disease burden and suffering wherever it is maximum, rural or urban, hilly or marooned areas and people of any type, class, religion, caste and ethnicity. You are inheriting a great tradition of a noble profession; a tradition of a long professional history since 5th Century BC, the period of Hippocrates. Its great legacy in the treatment of patients is an egalitarian approach, without any discrimination. Then how can we remain only in cities and refuse to serve the rural poor?

Even enterprising urban doctors in Kerala and Tamil Nadu found the practical wisdom in moving out to the urban outskirts and to pockets of densely populated rural areas to improve their clinical practise. Concentration and competition of doctors in towns are a push factor and its dynamics follow the diffusion principle of saturation of any salt that we learn in physical chemistry. Move closer to your clients.

Those who refuse to go to rural areas evokes in me the same revolt when an upper caste lady gynaecologist in government service in north Karnataka refusing to conduct delivery of any scheduled caste women. Oh doctor, your pride and prejudice!! Is it that strong to despise the people of countryside?

India is one of the top exporters of medical personnel in the world and yet languishes in the bottom league when it comes to the doctor:patient ratio and nurse:patient ratio. Could any argument work against the noble notion of sending more health personnel to the most underserved areas where basic healthcare is missing ?

It stands to reason that where there is demand, supply automatically finds its way there. The huge demand for basic healthcare in the villages is so strong, that one would have imagined that there would be a line of doctors fighting to get into a rural position. This is especially so since the urban sector is flooded with doctors. The premise of this article is not to argue against the healthcare needs of the rural sector.

The premise that one needs to force a young doctor to serve in the rural sector under the threat of a sword of Damocles is the one under question.

Compulsion :Does compulsion work ? One of the best examples of recruitment into a profession is that of the army. In the very early years of the Roman army ( the first organized military), the soldiers were largely volunteers who signed up for the ‘honor’ and ‘glory’ of serving in the army. Infact, most of the volunteers paid to be part of the army. 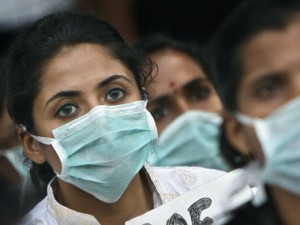 This notion changed as the empire expanded, and soon they had salaried soldiers and finally it reached a point where forcible conscription of slaves and prisoners was the rule. The end of the regime was not far behind. The Indian army has never had forcible conscription, yet we are one of the largest armies in the world. Why do soldiers still sign up for the army today, taking risk to limb and life and a life of discipline. It is love for the country but also the conviction that one’s needs and his family’s needs will be well taken care of. The security of knowing that one’s future is secured makes the decision to get into the ‘Services’ easier. Does the same assurance hold for the young medical student who passes out of MBBS today, most likely on a student loan ?The rural bond experience is one that has been treasured by those who have done it. Coupled with this wonderful experience though, are the shackles that one has to don with regard to one’s postgraduate training. A sincere rural bond doctor is typically one who gives his all, promising himself that he will study for the entrance exams but cannot / will not and therefore at the end of the ‘vanvas’, the junior doctor is faced with competition with thousands of ‘fresh’ doctors who have not worked in the periphery and have actively studied for the really limited postgraduate seats in this country. The fact that there are post graduate seats available for only 20% of the undergraduates , the fact that there is a rat race to get into those seats or find seats outside this country must surely weigh in on these young doctors.

Discriminatory: Considering that the penalty being considered for not working in the rural sector is a financial one, the system turns discriminatory straightaway. The dice is loaded against the financially weak student right from the beginning. The student from the privileged class will not feel the pinch and will pay. Can one blame them ? These are youngsters, raring to start their professional careers, pursue further training and most likely starting their own families. At this point, to take a year / two year long break, working against their will, trudging on, counting the days in a dreary rural place is not the most edifying picture. 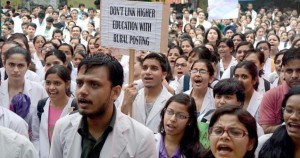 Impact value:Yes, the sincere junior doctor may still have a favourable impact on the system and more importantly, the rural stint may have a favorable impact on the junior doctor, motivating him to work selflessly in the future. Is the MBBS doctor working alone, dispensing basic healthcare for a short stint the real answer to the healthcare needs. Surely, the impact of a rural doctor will be multiplied manifold if the infrastructure is strengthened, if the enrolled doctors in the rural sector (70 % of whom default in even turning up for work) are made to work supervising the young ‘just passed’ doctor. Is an undergraduate doctor going to make a lasting impact compared to a motivated postgraduate or senior doctor who is deputed. A single individual who believes in doing what he is doing will have a far reaching impact compared to a hundred forced to do it.

The final answer to this vexing question is difficult but if I place my own child in the question and ask ‘ Is this the best option for MY child ?’, that will decide the question.